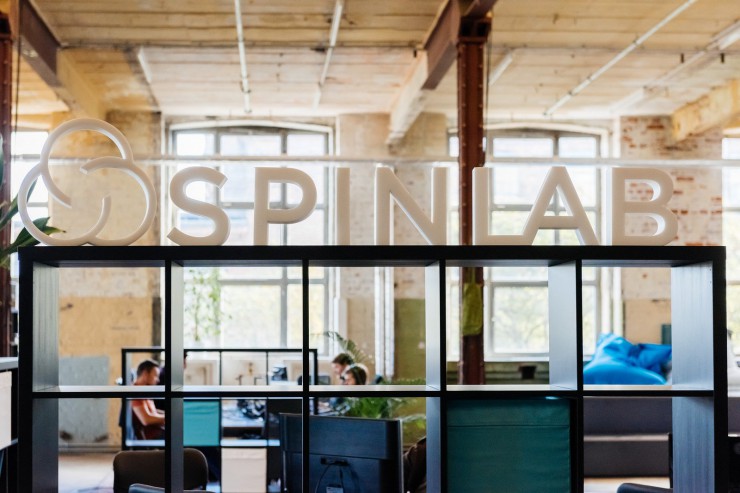 January 12, 2016: Application Deadline for the SpinLab – The HHL Accelerator Founders' Program. Photo credit: Tom Werner.
[HHL gGmbH - 15.12.2015] Founders of innovative, technology-oriented and scalable start-ups are invited to apply for the program offered by SpinLab - The HHL Accelerator at http://www.spinlab.co by January 12, 2016. International teams may also apply for the startup program which commences on March 14, 2016. So far, twelve startups have benefitted from the support of SpinLab, winning multiple founders' awards and raising funds through subsidies as well as capital from various investors.

Starting on March 14, 2016, the six-month program will support the teams of entrepreneurs with the implementation and growth of their founding projects. In addition to intensive coaching, the founding teams will also benefit from a high-caliber mentoring program as well as numerous contacts to investors, established companies and other founders. They can use a co-working office with state-of-the art equipment on the premises of Spinnerei, an old cotton mill now serving as a center for creativity, and will gain access to various technologies offered by the partners. Even after completing the actual program, the startup teams remain part of the recruiting network, allowing them to plan their expansion through an international exchange program and giving them the opportunity to rent office space next to SpinLab.

The teams will be able to use all offers free of charge when accepted into the six-month founders' program. Neither HHL Leipzig Graduate School of Management nor Spinnerei will ask for financial contributions from the startups. Eric Weber, CEO of SpinLab, says, "With SpinLab, we are promoting Leipzig as a location for founders by using HHL's competencies and outstanding network to establish an open accelerator program for startups from all over Germany here in this city."

SpinLab - The HHL Accelerator is a joint project by HHL Leipzig Graduate School of Management, which has received multiple awards and honors, and the internationally renowned Leipzig Spinnerei. The Accelerator is financed by funds from investors and established businesses.

Those interested in the program will find further details on the program and the application process at http://www.spinlab.co.

Statements from startups currently working at SpinLab - The HHL Accelerator

"Everyone is talking about SpinLab and we recommend to every founder applying for the next round. SpinLab gave us the opportunity to get in contact with important business partners on a professional level. Over the last few months, we attended training sessions and workshops perfectly tailored to our current needs, focusing on topics such as establishing brands as well as the rights and obligations of the CEO of a limited liability company. Moreover, we were able to raise capital and experienced an increase of our media presence as well as positive feedback for our participation in the accelerator program."

"HHL's SpinLab significantly accelerates the first important steps. Vizzlo is my third startup. We applied for the SpinLab program to exchange experiences with other highly-motivated founders of innovative business models in a co-working space. We felt right at home at SpinLab from day one and were inspired by the creative environment of Spinnerei, the former cotton mill. Over the last few months, SpinLab gave us a big push forward. We obtained valuable feedback on our product, learned many new things in interesting workshops and established many important contacts with potential investors. It goes a long way towards setting up a company."

About SpinLab - The HHL Accelerator

SpinLab - The HHL Accelerator supports interdisciplinary teams with the implementation and growth of their founding projects. They can use a co-working office with state-of-the-art equipment on the premises of Spinnerei, an old cotton mill now serving as a center for creativity, and will obtain access to various technologies offered by the partners during the six-month program. In addition to intensive coaching, the founding teams will also benefit from a high-caliber mentoring program. Teams from all over Germany will be able to use all offers free of charge when accepted into the new founders' program. The Accelerator is funded through contributions from investors and established companies such as Deutsche Postbank, E.ON Connecting Energies, Axel Springer Digital Ventures, Blue Corporate Finance, CMS Hasche Sigle, Deutsche Bank, DZ Bank, ergo Versicherungen, Grazia Equity, Heinz Dürr Invest, High-Tech Gründerfonds, KPMG, Madsack, Mittelständische Beteiligungsgesellschaft Sachsen, Porsche, taskforce - Management on Demand. http://www.spinlab.co