President of Hannover 96 Opens European Ivy League Soccer Tournament at HHL
Kurzfassung: Soccer tournament and Career Fair at HHL Leipzig Graduate School of Management / Applications may be submitted at http://www.ivyleague.de until May 10, 2015 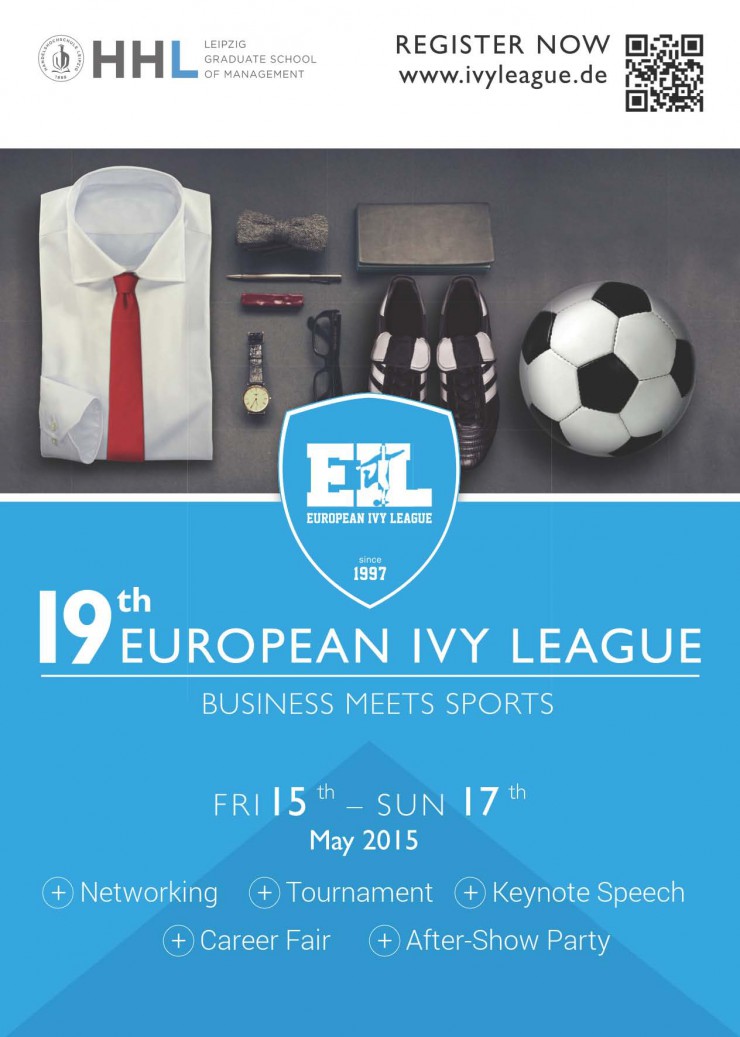 The German national soccer league Bundesliga had made a name for itself long before Germany won the World Cup last year. This reputation, however, is the result of a long development process, which has not ended yet. The German Bundesliga is generally admired for its solidity. The vast majority of the German professional soccer clubs are well positioned. But what does that mean? In addition to strengthened and very successful promotion of young talent, many clubs build on entrepreneurial expertise. They have come to understand that soccer has become a global business. If the clubs want to dominate the international market, they have to focus on their economics as much as on their athletic performance. The magic word is for-profit corporation. However, people often see this new trend as a renunciation of old traditions and fan culture. Is this really the case? Are Wolfsburg and RB Leipzig examples of what the future of the Bundesliga success story will look like or are there other ways for established traditional clubs searching for their spot in the market? Martin Kind, President of Hannover 96 and successful entrepreneur, will discuss this question and others with business experts when kicking off the 19th European Ivy League soccer tournament at HHL Leipzig Graduate School of Management on Friday, May 15, 2015,

Soccer tournament of European business schools with a long tradition

HHL Leipzig Graduate School of Management has hosted the European Ivy League soccer tournament since 1997 and the event has constantly grown since it was first established. The tournament represents a welcome opportunity to make new contacts for HHL alumni and business students from all over Europe alike. Maximilian Eichinger, who is currently completing HHL's Master of Science Program and is responsible for this year's event, says, "The European Ivy League offers its participants an opportunity to network with potential employers and students from other universities and make interesting contacts, which might prove valuable for their careers in the future, while still in university. Our sponsors, which include AB InBev, Oliver Wyman und Stern Stewart & Co. this year, tend to hire a large number of future employees during our events. The unique combination of the relaxed atmosphere of a soccer tournament and the Career Fair taking place at the same time facilitates an active exchange in an excellent environment."